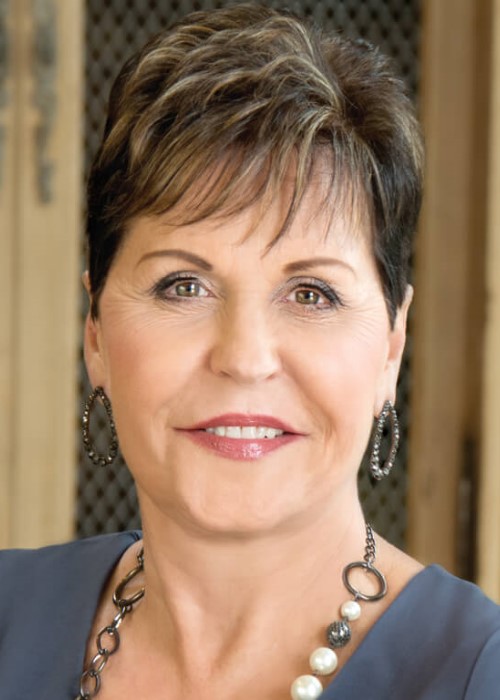 Joyce Meyer born Pauline Joyce Hutchison, is a Charismatic Christian author and speaker and president of Joyce Meyer Ministries. She was born on June 4, 1943 in south St. Louis. Meyer was a member of Our Savior’s Lutheran Church in St. Louis, a congregation of the Lutheran Church–Missouri Synod.

She began leading an early-morning Bible class at a local cafeteria and became active in Life Christian Center, a charismatic church in Fenton. Within a few years, Meyer was the church’s associate pastor. The church became one of the leading charismatic churches in the area, largely because of her popularity as a Bible teacher. She also began airing a daily 15-minute radio broadcast on a St. Louis radio station. In 1985, Meyer resigned as associate pastor and founded her own ministry, initially called “Life in the Word.” She began airing her radio show on six other stations from Chicago to Kansas City.

In 1993, her husband Dave suggested that they start a television ministry. Initially airing on superstation WGN-TV in Chicago and Black Entertainment Television (BET), her program, now called Enjoying Everyday Life, is still on the air today.

In 2002, mainstream publisher Hachette Book Group paid Meyer over $10 million for the rights to her backlist catalog of independently released books.In 2004 St. Louis Christian television station KNLC, operated by the Rev. Larry Rice of New Life Evangelistic Center, dropped Meyer’s programming. According to Rice, a longstanding Meyer supporter, Meyer’s “excessive lifestyle” and her teachings often going “beyond Scripture” were the impetus for canceling the program.

She is married to Dave Meyer. They were married on January 7, 1967 and have four grown children. She was previously married to a part-time car salesman shortly after her senior year of high school. The marriage lasted for five years.