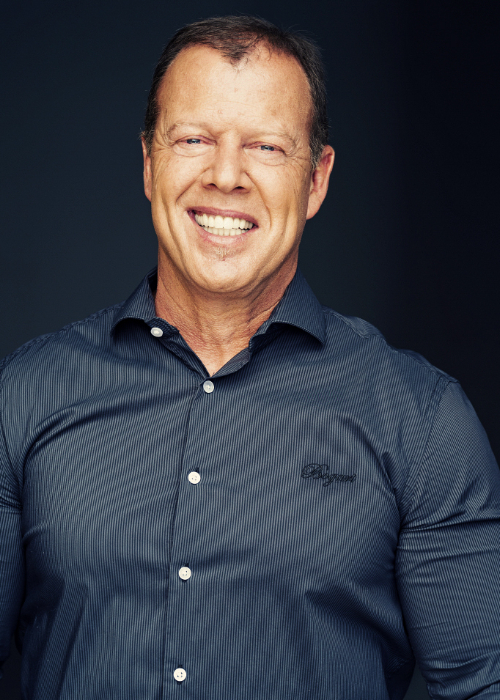 Adam “At” Boshoff is the senior pastor of CRC Christian Revival Church. He is an executive member of the International Federation of Christian Churches (IFCC). Born Adam Johannes Jakobus Boshoff in Bloemfontein, on 30 December 1964, Boshoff grew up in Bloemfontein and attended the boys school Grey College.

In 1986 At decided to go into ministry and did 3 years of bible school at his local church.He immediately started on a road of Christian service within his local Church, which led him to youth outreaches in his hometown and missionary trips into Africa.

Together with his wife Nyretta, At founded Christian Revival Church (CRC) in Ladybrand which led to the established CRC Bloemfontein, in 1994.

One characteristic of Pastor At’s ministry is his determination to build beautiful and functional state-of-the-art facilities on a cash-built basis. In Ladybrand, he successfully launched and completed the building project of a Church auditorium and a large pre-school debt free.

CRC Pretoria and CRC Johannesburg, along with 90 national and international CRC churches, are part of CRC Bloemfontein. CRC Pretoria was launched in 2004 and moved into their 6500-seat building in 2014.

At Boshoff is on the Senior National Executive Board for the I.F.C.C. (International Federation of Christian Churches), under the Presidency of Ray McCauley. He is seen weekly on TBN, CTV and Rhema TV.

CRC claims to have seen more than 500,000 people come through its doors. They claim to see more than 500 people a week make first-time decisions in their weekly services. This is notable as the city of Bloemfontein has a population of only 600,000 people.

CRC has many churches, so Bloemfontein isn’t the only city that filled the 500,000 figure…

Pastor At is on the Senior National Executive Board for the I.F.C.C. (International Federation of Christian Churches), which is a body of several hundred churches under the Presidency of Rev. Ray McCauley (Rhema Church, South Africa). He is a greatly sought-after speaker, both nationally and internationally and can be seen weekly on TBN, CTV and Rhema TV.

Pastor At is described as focused, passionate and fervent in his hunger for the Word of God and explosive in his dynamic teaching of it. His powerful, bold and practical messages are equally refreshing in relevance to authenticity and doctrinal accuracy.

Pastor At Boshoff has authored and released some books